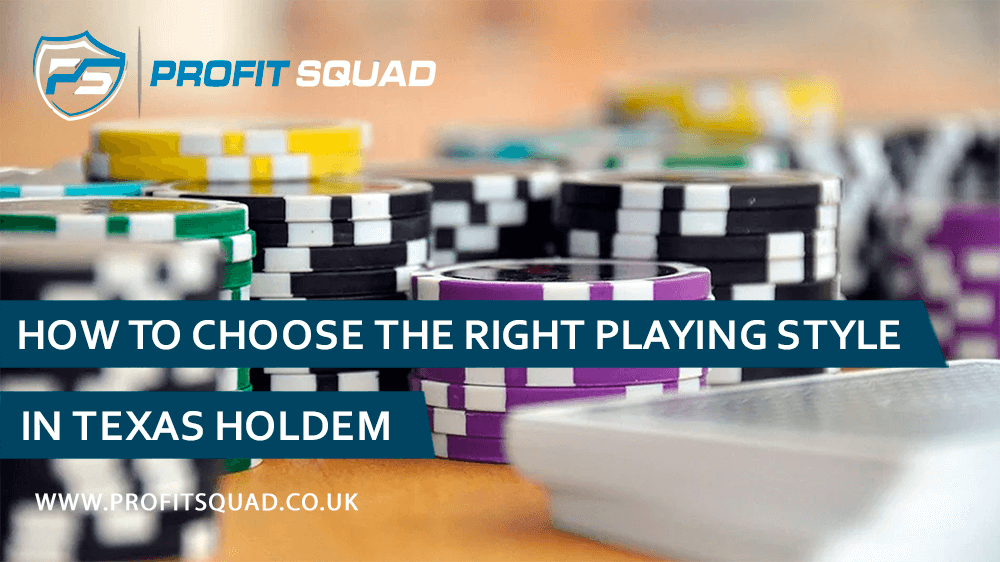 Poker players have several strategies available to them in Texas Hold’em. On the other hand, your opponents can also employ them against you. To gain an advantage against other players around the table, you need to consider which strategy can catch your opponents off guard. In this article, we help you boost your game by listing out helpful play styles to adopt and ones to avoid.

As the name indicates, passive players take a very safe approach when playing Texas Hold’em. Passive play styles involve lowering the risk to lessen a player’s losses by calling and checking. They tend to fold a hand if someone over bets or re-raises a previous player’s bet.

There are two kinds of passive players: tight passive and loose-passive. Tight and passive players only play a few hands such as pocket pairs and a triple or two-pair flop. Even with a nut for a specific round, they tend to check or call anyone’s bet until they reach the river where they frequently do a slow play bet.

Loose passive players are slightly different from tight ones since they will play with a wide range of hands. They are also likely to call or check throughout the earlier streets until they reach the turn or river.

From a beginner’s viewpoint, passive play styles seem strong and profitable. However, players can let other people know they are holding nuts or a strong hand when they keep to their low-risk strategy. Slow plays lose their effectiveness when used too often.

Being passive also removes any pressure on people waiting on a backdoor draw. Loose aggressive players tend to get a free pass in forming a flush, straight, full house, or a nut when playing against passive opponents.

During the first rounds of a Texas Hold’em game, it pays to play tight poker for several reasons. New opponents on the table for example can be a threat or even a fish for the game. However, you need to gather information on how they play and what kind of cards they are willing to bet on. Keeping the first rounds tight and allowing other players to raise can give you a good grasp of who to target and who to be wary of.

Making your opponents think you are a tight player at the start of the game can strengthen your bluff range during later rounds when the blinds are high. You can trick opponents to think you have pre-flop nuts on your c-bet when you consistently bet on strong hands or employ an occasional slow play. A tight to loose style can be effective against passive players who are less likely to take risks throughout the game.

Starting with a tight play is effective against any loose and aggressive (LAG) styles. People who employ LAG plays are looking to bring out the fish and intimidate new players while the blinds are still low. Tight and passive strategies are profitable against these players if they are consistently C-betting and over-betting.

Consistently playing a tight game can make everyone around the table cautious when you make a large post-flop bet. While limiting your hands to strong hole cards or flop draws can decrease the risk of losing your bankroll during the first rounds of the table, you are likely to lose money over the long run.

A good way to make everyone second guess your actions is to gradually set a loose playstyle. With people hesitating to call your raise or 3-bet, you are likely to get opponents to fold on a simple pair or with nothing at all.

When going for a loose playstyle, avoid becoming a call station or being passive since this will open a world of hurt if your opponent gets a strong backdoor draw. Go for a loose and aggressive (LAG) style by raising or betting when you are just one out away from a straight or flush draw during the flop.

This method is a semi-bluff move where you can get nits to fold before they have a chance to form a winning hand. It is important to note that playing a LAG style increases the risk of losing to strong hands. You can lessen the risk by alternating to a tight style at random rounds.

Learn To Trust The Odds

Too easy to always think the opponent has somewhat of a better hand… Don’t live in fear… know your outs, know your odds, and make the right moves with conviction. Never skip a bet because of a gut feel that your premium hand will get outplayed. If the mathematics of poker say “go for it”, then go, even if this means entering a multiway pot.

Avoid Extremes – No Nit, No Maniac

There is nothing wrong with playing a tight game since this can give you an advantage on later rounds. However, going to the extreme by playing a nit play style can significantly lower your chances of a high payout.

Nit play styles involve playing a very short range of hands that include triples or quads made from a hole of AA, KK, QQ, or JJ pairs. These players tend to fold a hand when someone goes all-in pre-flop even if they hold one of the rare hands they are willing to play with.

On the other end of the spectrum are maniacs, the extreme version of a loose player. Mid-ranges? Semi-bluff ranges? Who needs them? Maniacs will play with “every” hand without any regard to the chips they lose.

Adopting any of these extreme play styles can impact your bankroll. On the other hand, having people tag you as a “nit” or “maniac” can also be advantageous. You can achieve this by consistently folding highly valued hole cards or calling the pot with a weak pair when the stakes are low.  If you can make your opponents think you are incredibly tight or loose, your bluffs will be effective for the next round.

Being familiar with the different playing styles can help you choose one that is suitable against specific opponents during any Texas Hold’em games. You can increase your chance of taking home the pot or advancing to the final table by being unpredictable and knowing how to calculate your odds of winning.