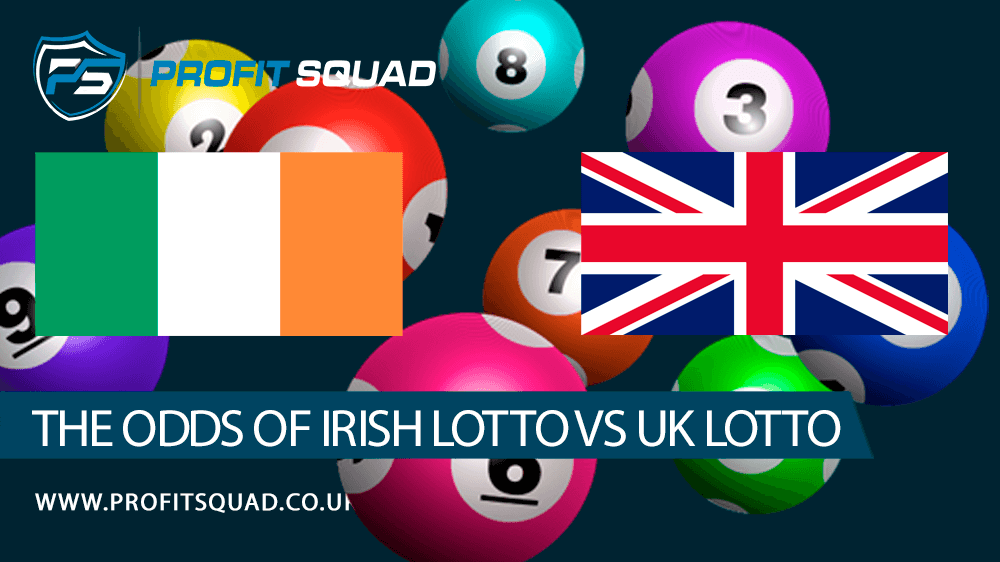 The UK National Lottery is the most popular lottery in the UK selling around 14 to 15 million tickets for each draw which take place twice per week on Wednesday and Saturday evenings. Having the opportunity to win millions of pounds with just a single ticket is the main attraction to the UK Lotto but with odds of over 144,000/1 to win more than a £140 prize, many have turned to the Irish Lotto due to the greater chance of winning a reasonably sized prize.

The Irish Lottery is the national lottery in Ireland and like the UK Lotto, takes place on Wednesday and Saturday evenings. There are 47 numbers in the Irish Lotto compared to 59 in the UK lottery and the chances of winning the jackpot, as well as other prizes, are considerably greater compared to the UK Lottery.

Below, you can see the odds for all winning combinations for the UK Lotto along with the associated prize.

We can now compare this to the odds and payouts for the Irish Lottery.

Starting with the biggest prize, we can see that the odds of matching six numbers and winning the jackpot with the UK Lottery are 1 in 45,057,474 compared to 1 in 10,737,573 with the Irish Lotto. The Irish Lottery Jackpot is slightly lower than the UK Lotto Jackpot with the largest jackpot being €18.9 million compared to the UK’s £66,100,000 although you’re unlikely to complain if you won either of them!

Even for the smaller prizes the odds are greater. Matching 3 numbers on the UK Lotto have odds of 1 in 97 but only 1 in 54 with the Irish Lotto.

Is The Irish Lotto Better Than The UK Lotto?

Many players prefer to bet on the Irish Lotto due to the lower odds (greater chance) of winning a prize. The compremise is that the payouts are also lower. However, as most people play the lottery to win considerable amounts, if you won the Irish Lotto jackpot, you will still receive millions of pounds.

Sign up to Profit Squad today for 14 days for just £1.