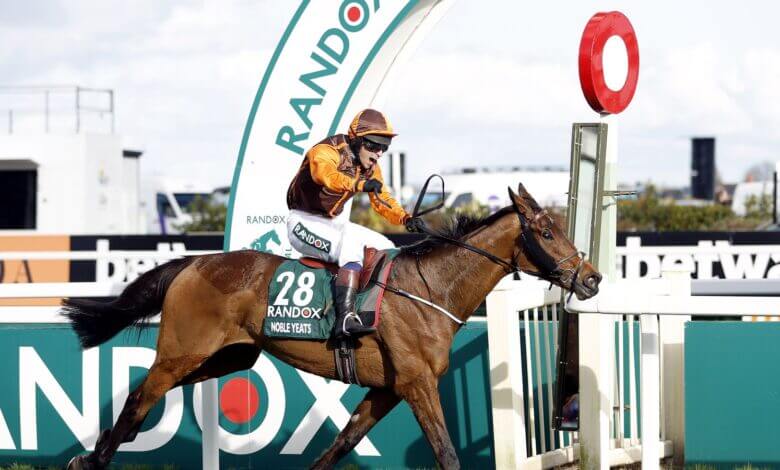 After two sketchy years, with one race canceled and the next running without spectators, the 2022 Grand National returned with aplomb. Fans packed into the Aintree course and watched on as massive outsider Noble Yeats romped home for a surprise win.

The win was a spectacular ending to a great day of racing and proof, if needed, that horse racing is well and truly back to its best. The seven-year-old winner edged out Any Second Now, Delta Work, and Santini to clinch an exciting race that will live long in the memory.

Noble Yeats was ridden by Sam Waley-Cohen and was the first time an amateur jockey had won the Grand National in over 30 years, winning on a horse owned by his father.

Last year’s winner, Minelle Times, was a big favorite with the sports betting experts, but the horse that was ridden by Rachael Blackmore (fresh from becoming the first woman to win the Cheltenham Gold Cup last month and last year’s Grand National winner), fell early on in the race, which was punishing as always.

On a day when many records were set or broken, Noble Yeats was the first seven-year-old to win the race since 1940 and did so while sitting in second from last place after the first fence but still ran out the winner by three lengths.

Waley-Cohen immediately retired after the race and will now go back to his day job as a dentist, but isn’t likely to forget this remarkable victory;

“It’s a dream. I couldn’t believe it. I’ve got to say thank you, as it’s my last ever ride, to my dad, for unwavering belief and love.”

“Over 23 years and never a crossed word, never been anything but a dream. It’s been a love affair. To my wife, long-suffering, they aren’t all good days; there are bad days in this sport.”

“It’s a dream come true. I can’t speak; I shouted too much!”

Waley-Cohen, who runs a major dentistry firm that employs 4000 around the world, and treats riding as something of a hobby, will find it hard to believe that he has pulled off a win in arguably the biggest horse race in the world calendar. In many ways, retirement following such an astounding win is sensible as the only way is down from this point.

Waley-Cohen didn’t exactly start the race all that well, which makes the win all the more incredible;

“I didn’t get the start I wanted; he found it happening way too fast,”

“I tried to give him a bit of confidence and find some space. Then we kept picking horses off, and I got a great line up the inner, and he worked himself into it.”

“When I rode him [to finish ninth] at Cheltenham [last month], I couldn’t get him to travel to start with, but then I pulled him out, and he really picked up and got me into the race. I said to Emmet [Mullins, his trainer] afterward, I was really surprised he had that. I was half-hoping he had that up his sleeve [in the closing stages], and he did.”

A capacity crowd of 70,000 watched on, and the 174th running of the Grand National was a suitable return to form after the lows of the past few years.

Noble Yeats powered through the field after his poor start, and by the final fence, it was down to the winner, Delta Work and Any Second Now, and with just over 100 yards to go, it was still anybody’s race to win.

Following the win, many jockeys may have had second thoughts about impending retirement, but now Sam Waley-Cohen;

‘I have made up my mind. I have had the dream ride. I have always wanted to ride for the love of it. One of the reasons I wanted to stop now was when you don’t want to go every day and enjoy every race; you should stop.”

‘When you have a ride like that and it goes as well as it did, it is wise to stick to what you said.’

Looking for the best odds?​

Double the Odds! Any sport. Any bet. Any odds.