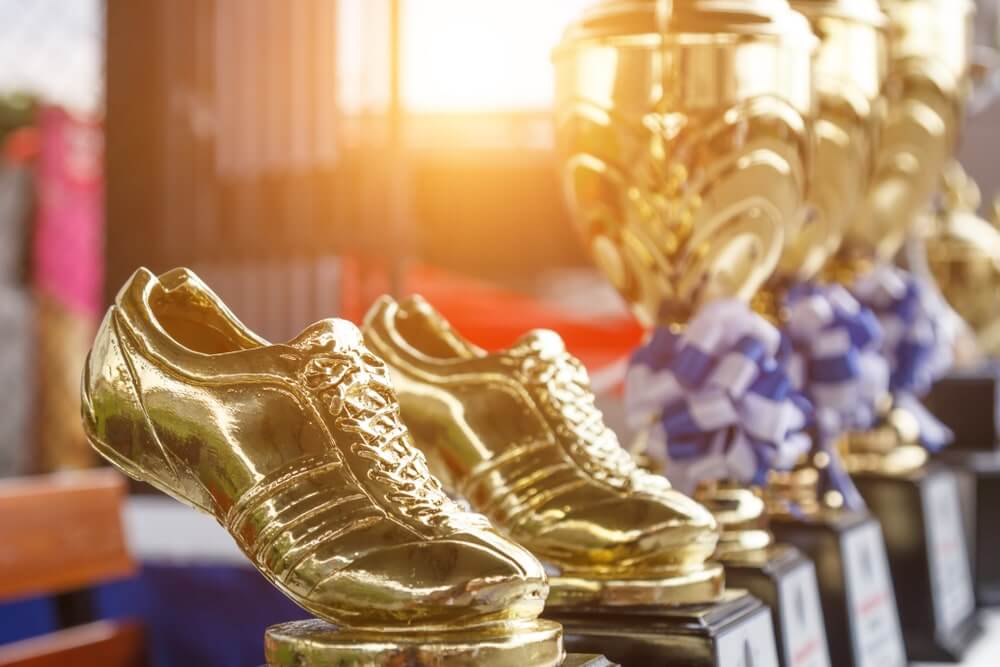 With the 2022 World Cup very much on the horizon, with most teams having already secured qualification to the finals in Qatar, now might be the opportune moment to run the rule on the players likely to be fighting it out to win the coveted Golden Boot award for being the top scorer at the tournament.

The World Cup betting will be furious and enthralling, and the nearer we get to the tournament itself, the more football fans will look to make things more interesting with a bet on their favourite teams and players.

This time around, the World Cup won’t be taking place during a season break, and all European leagues will instead take a break in November and December; this means the players who take part will actually, in many ways, be better prepared to really shine.

After all, they will have been playing for a couple of months for the respective clubs, and the excesses of the summer break will have been a distant memory.

The move from the traditional winter tournament is due to the incredible heat in the region, but even a November and December period in Qatar is likely to be a tricky aspect for players to play in.

The betting markets will be awash with action from now until the tournament start date, which is the 21st of November.

The betting on the Golden Boot is always one of the most popular markets around, and this time around, there are a number of strong contenders, so let’s take a closer look at who is in the running for the award.

The 28-year-old collected the Golden Boot in 2018 and is the favourite this time around and is a safe bet to consider. The fact that England face a reasonably easy group stage where Kane could well score goals for fun against Iran and the United States, the Tottenham man may well be up for the task of securing back-to-back top-scorer bragging rights in 2022.

The PSG man was strongly expected to leave for Real Madrid this summer, but the Frenchman is going nowhere and will hope to land the Champions League for his team next year. He played a crucial role in France’s victorious 2018 World Cup triumph, and the 23-year-old netted 39 goals in all competitions last season, so he is in solid form ahead of the tournament.

ay well be Cristiano Ronaldo’s last chance to lead Portugal to a World Cup success and still has the ability to be in the running for the Golden Boot. Interestingly the veteran forward hasn’t done all that well on this stage, scoring seven goals in 17 appearances in the tournament, and may feel this is his swan song.

Though he hasn’t done well since returning to Chelsea, Romelu Lukaku is undoubtedly a regular goal-scorer when he’s in his country’s colours. In 2018 he finished joint second in the goal-scorers list, and his overall record of 68 goals in 102 appearances for Belgium is an awe-inspiring one, to say the least.

The Real Madrid man is perhaps the most in-form forward in world football right now, and fresh from leading his Bernabeu side to La Liga and Champions League successes, the French forward is raring to go. He was out of the national team reckoning for a number of years due to off-field issues, but since he’s come back, he certainly offers his country a strong goal-scoring option.

When it comes to South Americans who could lift the Golden Boot, Neymar is a solid choice; and he’s been scoring goals for fun for both PSG and Brazil for years, and the 30-year-old will be looking to steer his country back to the top.

It would be fair to say that things haven’t panned out quite how Lionel Messi would have liked since his move from Barcelona to PSG. Yes, he helped Mauricio Pochettino’s side to an easily won Ligue 1 title but once again, they were unable to make a real dent in their pursuit of a Champions League crown. Messi has played 19 games in World Cup finals tournaments and has scored just six goals; maybe this time around, he’ll improve on those numbers?

Holland have been motoring along and make a welcome return to the World Cup finals, having failed to qualify for the 2018 finals. Memphis Depay was, of course, something of a failure when he was at Man United, but since leaving, he’s gone from strength to strength, first at Lyon and now at Barcelona. He now has 41 international goals and could well be in the right place to do the damage for the Dutch.

This is perhaps a little bit of a long shot when it comes to Golden Boot bets, but it isn’t completely outrageous. Jota is a regular goalscorer for club and country and arguably offers more of a goal threat for the Portuguese side than team-mate Cristiano Ronaldo. The Liverpool man has the cutting edge to make an impact in the box.

The Anfield man may well be considering his future on Merseyside, but either way, he’ll be a handful for any defence he goes up against in Qatar. Mane has had a superb season for club and country, scoring 26 goals and games against the hosts, and Ecuador may offer him an excellent chance to get into his goal-scoring stride.

These are just ten options to consider, and there are others you might select for your Golden Boot bet, especially those that may end up being longshots but could leave you with a lucrative payout.

Think long and hard about who to select and pay attention to the group games the player’s relevant national team will come up against, as well as the current form and fitness of the individual who could be your chosen bet.